Evert van de Weg interviews suppliers of secondhand and refurbished can making machinery, Cazander and Veldkamp, on their unique combination of know-how in the global can making scene

In Veldkamp’s modern building in Raalte (a relatively large village in the Eastern part of the Netherlands), I am meeting Arnold Cazander, Edwin Veldkamp and René Verhoef. Arnold Cazander is the managing director of Cazander Bros & Sis, Edwin Veldkamp is owner and director of Veldkamp BV, and René Verhoef is technical director and co-owner of Veldkamp. Cazander and Veldkamp have been cooperating successfully for more than 25 years, mainly in the market for secondhand and refurbished can making machinery.

Arnold Cazander says, “To put things in a somewhat oversimplified way: my brother Tjakko and myself are the traders and the Veldkamp team are the technicians. We each have our own role. It is a unique and still very prosperous cooperation.”

Both companies have a strong track record of their own. Cazander has become a dynamic world leader in the field of used can making and decorating equipment for the steel and aluminium industry.

Cazander elaborates, “In the more than 25 years of our existence we have acquired no less than 515 customers in 95 countries. We’ve sold over 2,200 machines, more than 220 complete production lines, and we have now 395 machines or lines in stock. Though we are active in principle globally, our strongest presence is in all countries north of Paris, as we often say. This has to do with the long tradition of solid and reliable construction and the rather rigid maintenance schemes in European countries, which help older machines retain their value and make them worthy of refurbishment.”

Veldkamp was founded in 1988 by Wim Veldkamp who gained broad experience of can making machinery as a service mechanic in a large Thomassen & Drijver can plant in the Netherlands. It soon became apparent that there was a need for technical support for can makers in matters such as service and maintenance, relocation of machinery, modification and upgrades of machinery.

Veldkamp quickly became a full-service provider, mainly for the metal packaging industry. Today, the company has over 90 employees. On the day of my visit, technicians are busy setting up and equipping a separate department for tailor-made machine parts.

Machinery is constantly having to adapt, as can makers begin production of new can types and cease production of others; relocate production lines to lower-cost countries; or replace existing equipment with higher-speed or more environmentally friendly equipment.

Arnold Cazander comments, “At the moment we are dismantling an ‘old’ coating line from 2018 in a plant in Germany, because the can maker ordered a new coating line that offers energy savings of 30 per cent. Some of the reasons we hear for replacing machinery are due to speed, quicker changeover of can types, or sometimes the loss of a customer that ordered a specific can type, whose needs were not met.

“A recent example of such a case, also in Germany, is a producer of five-litre beer kegs that lost a certain customer and now we, together with Veldkamp technicians, are relocating that whole production line to the plant of another producer of beer kegs in Latin America.”

In the Veldkamp workshop, the gentlemen show me several machines on which the technicians are working. All are can making machines with their own story. I am amazed to see that the technicians are refurbishing a few significantly old machines. One of them is an old Lubeca seamer for unround meat cans, dating back to the 1960s, judging by the identity disk on it. Despite its aged appearance, it is an impressive piece of equipment.

René Verhoef says of the equipment, “This is indeed an old seamer with filler that worked successfully for decades in a meat canning plant that was recently closed. We got the order to overhaul the seamer completely so that it can do the job in another plant of this company. It seems odd to refurbish a more-than-50-years-old seamer, but it obviously pays off !”

The gentlemen show me more examples of old, but still well-functioning machines, which technicians are refurbishing to give them a second or even third life. I see, for instance, parts of a Littell coil cutting line, and a Stolle light tester to check the tightness of cans.

Verhoef says, “After tuning in detail with the customer we install, for instance, new controls and new servo drives on the old machinery which makes them suitable again for use in existing lines.”

Cazander and Veldkamp observe a clear change in attitudes towards used machinery.

Veldkamp notes, “As a consequence of the demand for more sustainability, re-use, re-fabrication, re-location and certainly refurbishment of machinery, has become a trend. Younger managers especially seem to take sustainability seriously into account.

“Governments and in particular the European Union in Brussels, are heavily promoting circularity and have already devised legislation in this field. For instance, European Union guidance prescribes that in 2030, 50 per cent of raw materials must come from a circular source. This thinking is summarised in the so-called R-ladder of re-use, repair/refurbish. Recycle and recover are also essential steps.”

Cazander adds, “I fully agree. It is undoubtedly an important trend in the whole economy. Consumers like vintage clothes more than ever now, and the endless recyclability of metal packages, be it aluminium or steel, is a big plus among fillers, retailers and consumers (especially when you consider the ‘plastic soup’ image). The industry is now more inclined to weigh the total sustainability of its machines. Good secondhand machinery is becoming attractive. For fun, I am saying now and then that my profession was a scrap-metal trader and that I am now a sustainability promotor…”

Veldkamp concludes, “In earlier days we were seen by some customers as a kind of waste pit for old machinery, but that image has improved a lot. We’ve proved how well we apply the most modern technology, for instance servo and motion controls, with our highly educated engineers to make secondhand machines or lines into efficiently-performing units in their production.”

The whole article is published in The CanTech, October 2022 issue - www.cantechonline.com 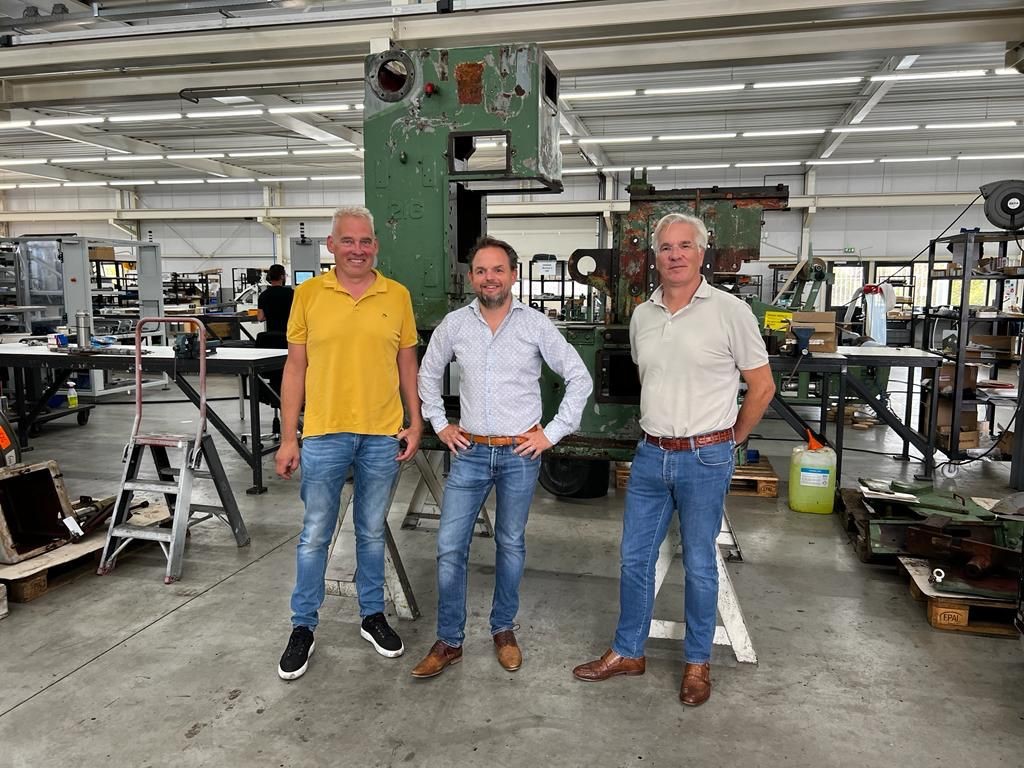